Tonk's thoughts about toys and action figures by Tonk 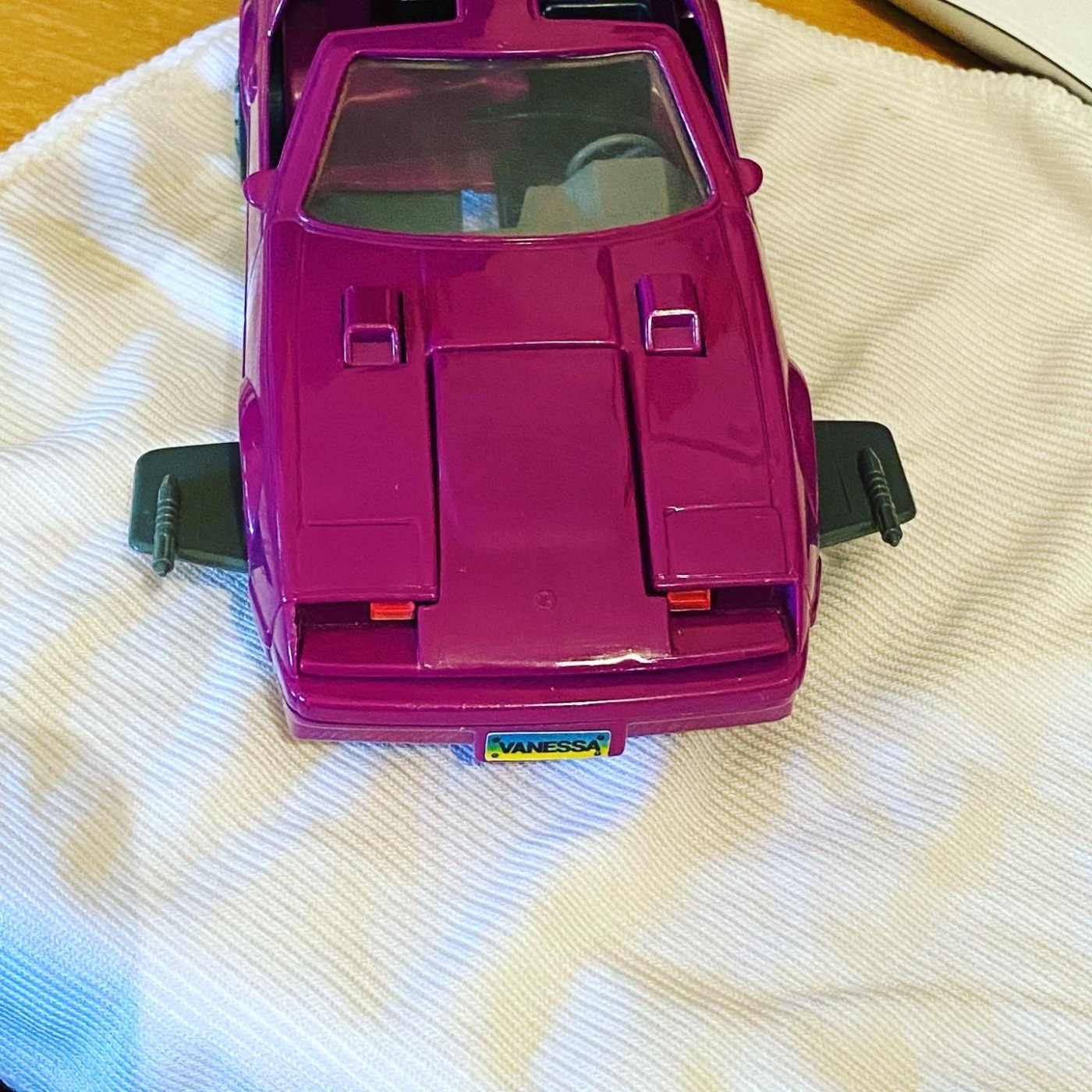 Over the last 12 months (probs thanks to stupid lockdowns and sod-all else to do) I’ve rediscovered my love of Kenner’s M.A.S.K. line from the mid 80’s and have set about buying back many of the vehicles I’ve sold off over the years and acquiring others that I always thought were damn cool.

On a recent trip to Adelaide over the Christmas/New Years period I reached out to a few of my contacts to see if there were any M.A.S.K. sellers doing business. Thanks to Instagram I managed to find a MANTA for sale not far from where I was staying. It was incomplete but still in pretty sweet condition.

MANTA’s spring-loaded rear wing action worked fine but the front missile pod and laser guns were not deploying properly when the button on the bonnet was pressed but a quick squirt of WD-40 into the area under the dashboard loosened up the spring and got them working without much hassle. The main issue I had was the front wings which flip out from behind the front wheels when MANTA is in Attack Mode. Sure, the wings flipped out fine but as a result of age and the plastic losing some malleability over time, they were a little floppy and struggled to remain straight.

Upon inspection of the underside of MANTA it was clear how the wings were meant to be held in place once deployed: a small strip of plastic applies pressure to the wing to hold it in place, acting like a kind of spring or pressure plate. As the plastic had become harder over time, this strip of plastic had lost its flexibility.

I watch a lot of videos by Toy Polloi on YouTube in which Dave often uses Lego to create replacement parts for toys he’s repairing. With that in mind I decided to rummage through my boxes of Lego parts to see what I could find. And it wasn’t long before I struck lucky.

I thought if I could cut a grille tile into the right shape, it should be able to slot in to the hole near the pressure plate which supports MANTA’s front wings.

Once the Lego piece was cut to shape using some sprue cutters, it was just a matter of inserting the two new parts into the slots on the underside of MANTA. By sheer fluke, the parts fit perfectly into the slots providing extra support to the small pressure plates which hold the front wings in place once deployed.

What’s great about this fix is that you don’t need glue as the modified Lego part holds itself in place via friction. So the repair is non-destructive and non-permanent should you ever wish to reverse it.

With the Lego parts installed, I tested the wings and was pleased to feel them click into place as intended and hold their position once deployed. MANTA no longer suffered floppy wing syndrome and was once again air-worthy and ready to take down those do-gooder M.A.S.K. scumbags.

So if your MANTA is feeling a bit floppy in the front-end, give this fix a go. It’s easy, cheap and won’t damage your toy.

As a side note, one of the parts MANTA was missing was the Ejector Seat. This is a common issue with this toy as it was such an easy part to lose. I managed to find a spare one on Ebay from a guy in Europe. The stupid thing ended up costing me more than the car itself. But I hate having incomplete toys and after two months in transit, the part finally showed up a couple of weeks ago.

I also treated MANTA to a fresh set of repro stickers which made a huge difference to how it looks. I also found a WHIP MASK for Vanessa Warfield. It arrived in the post cracked which was a real drag; these masks can dry out over time and lose their flexibility making them incredibly brittle. I managed to glue the mask back together and repaint it. I added black to the visor because let’s face it, Kenner should have done that in the first place. In order to prevent the mask from cracking again, I filed down the inside of it to give more room to Vanessa’s head and alleviate the pressure applied to the mask when taking it on or off.

So that’s my MANTA story. It’s been a lotta fun revisiting this iconic toy line. I’m currently in the process of restoring a GATOR so will post a story about that when it’s finished and I also recently completed repairing a FIREFLY.

M.A.S.K. toys appear to have gone up a lot in value in the last five years. I’m not sure why that is. Maybe it’s due to scarcity or maybe its sentimental idiots like me who feel the need to revisit their childhood the older we get. Regardless, it’s a great, if short-lived toy line the likes of which we’ve not seen since (not withstanding Kenner’s failed re-boot with the VOR-TECH line in the early ’90s) which had a great cartoon to get the kids (myself included) into it. So if you ever come across some M.A.S.K. at a toy fair or think you may have some stashed somewhere in your parents’ house, then don’t hesitate: get into it and have some fun while giving that old nostalgia nerve a healthy stroke.